Walk up the Armadale big Burn

This is a wild land, country of my choice
With harsh craggy mountains, moor ample and bare.
Seldom in these acres is heard any voice
But the voice of cold water that runs here and there
Through rocks and lank heather growing without care. 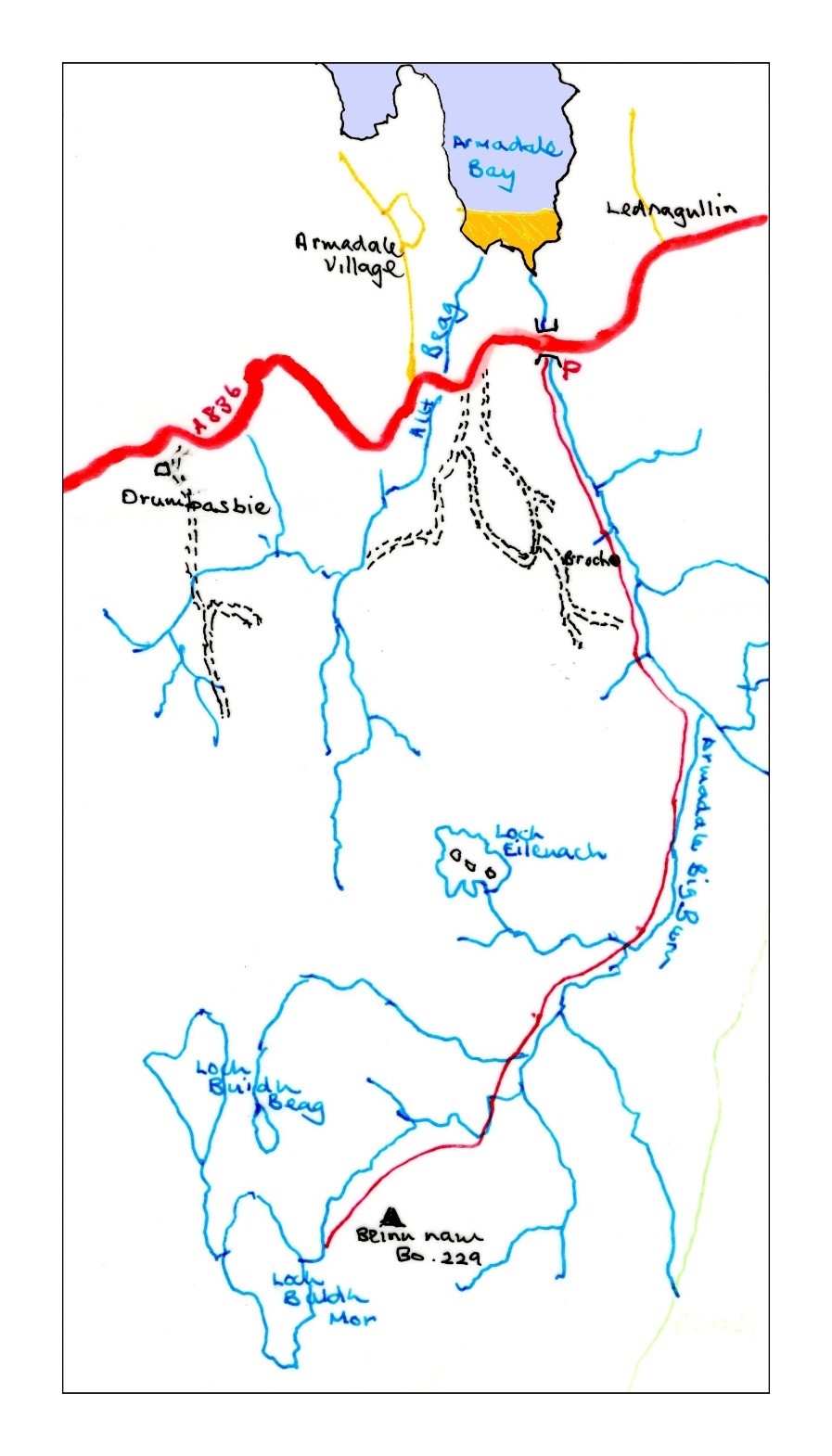 Along the A836, half a mile east of the road into Armadale village, park at the picnic site near the bridge that crosses the Armadale Big Burn (picture above). The water, or the ice that preceded it, had to carve a hard way through the hill and has made a deep gully which goes inland for several miles.

Go over the fence and follow the burn on its west bank and climb up quickly to the next fence line then continue to follow on the high ground.

You will hear many birds in the thickets that grow in the shelter of the gully. Buzzards and other birds of prey are often seen circling in the thermals above. You will cross many rivulets some of which will drive you higher eventually to a plateau of rough ground with the burn far below.

The pile of stones that has been in your view ever since the car park is now near at hand and is identifiable as a ruined broch.

Continue to follow the burn, ignoring the farm tracks that cross your way, to its source at Loch Buidhe, the Golden Loch, as in the famous golden dram. The loch is at the foot of Ben Nam Bo, the Hill of the Cow.

If you have the energy, you can climb the ben, it is not an arduous climb and affords splendid views of the wilderness beyond.
Going back down to the car park is very much quicker and easier than the ascent and the return walk enables you to share the view of Armadale Bay that Bronze Age lookouts on the broch scanned with dread for signs of sea-borne raiders.